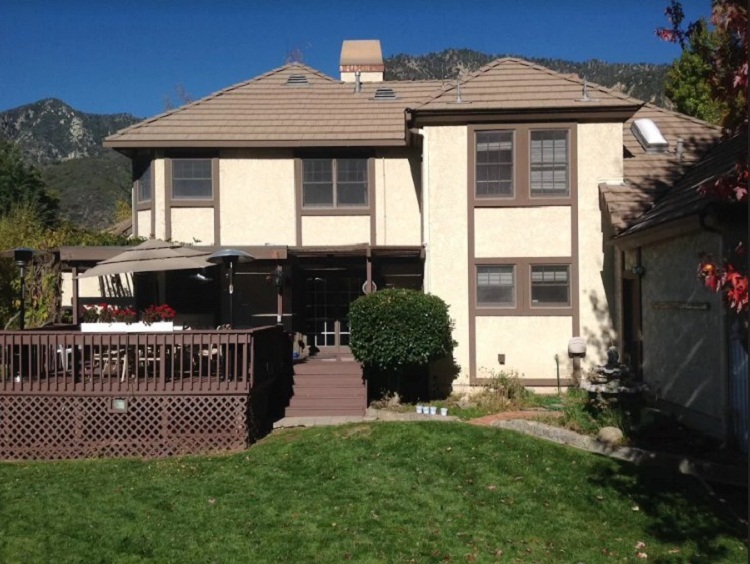 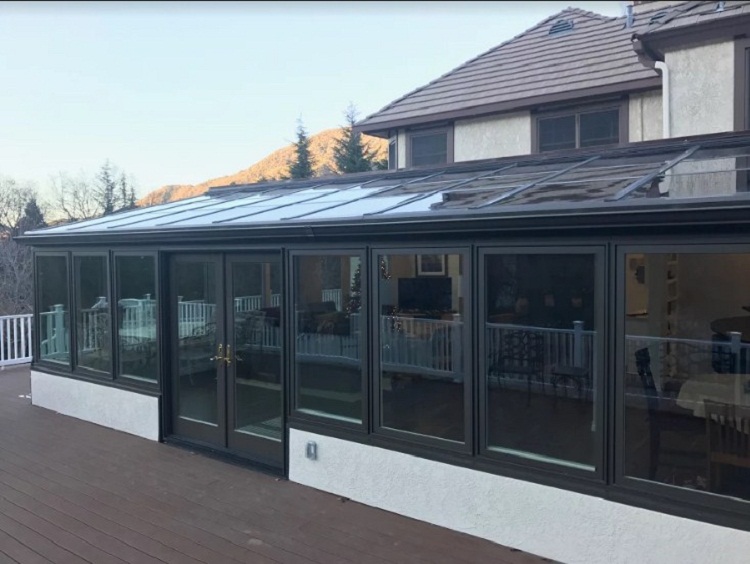 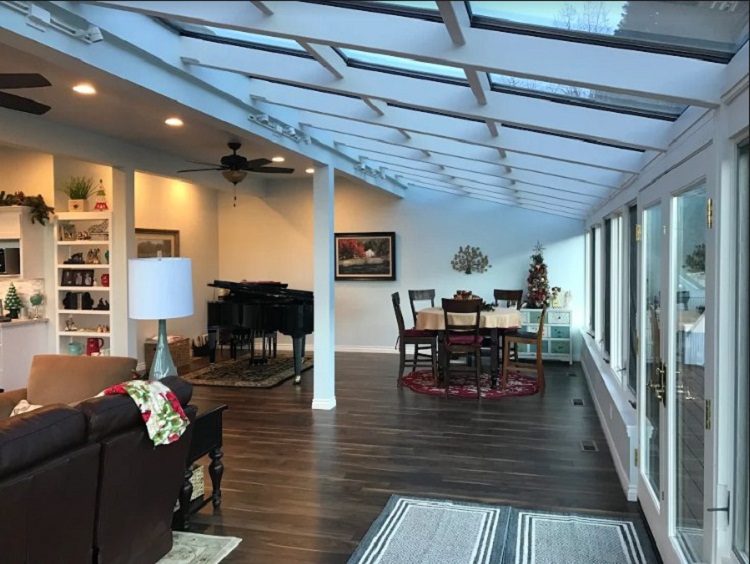 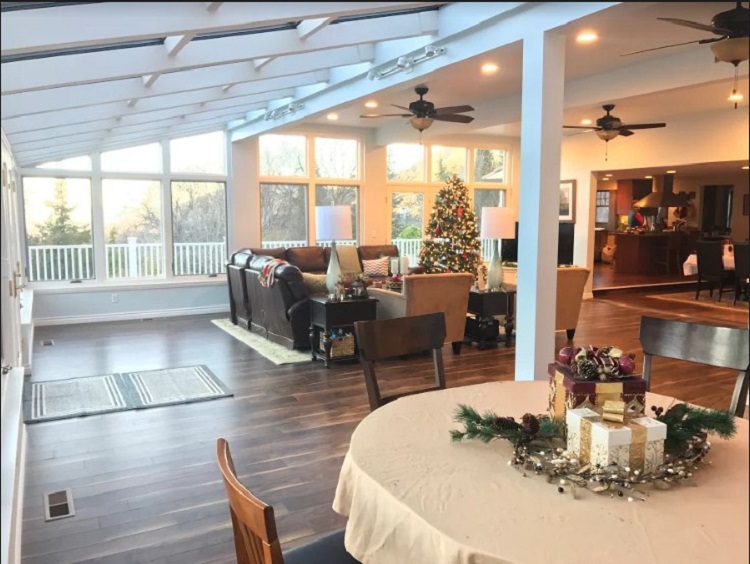 These homeowners in Oak Glen California contacted Sun Boss from an ad in their local paper that showed an all glass solarium, they weren’t sure this was the room they wanted but were intrigued with the slogan “Outdoor Living….Indoors”. The owner Jerry met with David to discuss his goals and interests in expanding their living area, hopefully in a manner that would bring a lot of natural light into the home. The motivation was not only for the couple themselves, it was for their extended family as well as therapy sessions for couples that they hold with several organizations. The personal motivation for both Jerry and his wife was to create a space in the home that would give you a sense that you are connected to the outdoors and all of the incredible nature and beauty that comes from living in Oak Glen, yet feeling totally protected from the elements. Oak Glen has a very moderate temperature nine months of the year, so they also wanted a deck surrounding the new space, that still allowed you to feel part of the space.

To accomplish these goals David and Jerry measured and walked off areas that would work in the design of the house and configuration of the yard. A very rough budget was discussed at this point, but the critical part of every project is making the commitment to move forward with plans by Sun Boss’s draftsman. Upon completion of the plans Jerry and his wife had decided that this addition was truly going to be the last addition to the home and they wanted it to be large enough to host 25-100 people comfortably. The plans were expanded and budgets approved and Sun Boss moved into the engineering stage. The County of San Bernardino can at times be challenging in actually getting the plans approved. Six months later the permit was issued and the project began. The transformation was amazing as the footings were poured and the substructure was built, each step bringing the concept into reality. The final opening of the house wall to tie the new space into the existing home was a very fun part of the construction portion. Seeing the all glass Four Seasons Sunroom tied into the conventional addition of the home and incorporating the existing living room into the new space.

Truly creating a retreat for both Jerry and his entire family, but mainly for Jerry and his wife to enjoy the outdoors totally protected from the elements. Sun Boss once again with the help of their customers dreams was able to transform another Ordinary home to Extraordinary!