A measure of the rate of infiltration around a window or skylight in the presence of a specific pressure difference. It is expressed in units of cubic feet per minute per square foot of window area (cfm/sq ft) or cubic feet per minute per foot of window perimeter length (cfm/ft). The lower a window’s air leakage rating, the better its air-tightness.

Argon is a common fill gas because it offers high performance at low cost. While not as effective as krypton, it is significantly less expensive.

An abbreviation for British Thermal Unit – the heat required to increase the temperature of one pound of water one degree Fahrenheit.

A window sash that swings open on side hinges; in-swinging are French in origin; out-swinging are from England.

Our special double-glazed windows minimize condensation, ensuring that you always get to enjoy the beautiful views surrounding your home.

Heat transfer through a solid material by contact of one molecule to the next. Heat flows from a higher-temperature area to a lower-temperature one.

A heat transfer process involving motion in a fluid (such as air) caused by the difference in density of the fluid and the action of gravity. Convection affects heat transfer from the glass surface to room air, and between two panes of glass.

An extremely porous crystalline substance used to absorb moisture from within the sealed air space of an insulating glass unit.

The temperature at which water vapor in air will condense at a given state of humidity and pressure.

In general, two thicknesses of glass separated by an air space within an opening to improve insulation against heat transfer and/or sound transmission. In factory-made double glazing units, the air between the glass sheets is thoroughly dried and the space is sealed airtight, eliminating possible condensation and providing superior insulating properties.

A window consisting of two sashes of glass operating in a rectangular frame, in which both the upper and lower halves can be slid up and down. A counterbalance mechanism usually holds the sash in place.

Two-dimensional heat transfer at the edge of a glazing unit due to the thermal properties of spacers and sealants.

The process of producing vinyl or aluminum shapes by forcing heated material through an orifice in a die. Also, any item made by this process.

Due to our double-glazing process, you don’t have to worry about fogging with any of our windows or glass doors.

The fixed frame of a window that holds the sash, or casement, as well as hardware.

A gas other than air, usually argon or krypton, placed between window or skylight glazing panes to reduce the U-factor by suppressing conduction and convection.

These room additions earned the name “sunroom” due to their propensity to flood the area with sunlight, making them the perfect rooms for lounging or reading.

The glass or plastic panes in a window, door, or skylight.

A molding or stop around the inside of a window frame to hold the glass in place.

We design our room additions to minimize air infiltration and reduce heat gain, so you stay comfortable – and your energy bill stays low.

The transfer of heat from inside to outside by means of conduction, convection, and radiation through all surfaces of a house.

Windows (casement, awning, and hopper) with an operating sash that has hinges on one side. See also Projected window.

Window with sash hinged at the bottom.

A window with a movable panel that slides horizontally.

The movement of outdoor air into the interior of a building through cracks around windows and doors or in walls, roofs, and floors.

Invisible, electromagnetic radiation beyond red light on the spectrum, with wavelengths greater than 0.7 microns.

Two or more pieces of glass spaced apart and hermetically sealed to form a single glazed unit with one or more air spaces in between. Also called double-glazing.

An upright frame member of a panel in a sliding glass door which engages with a corresponding member in an adjacent panel when the door is closed. Also called interlocking stile.

When used instead of air in your glazing, Krypton can significantly reduce heat loss, saving you money over time.

A horizontal member above a window or door opening that supports the structure above.

Invisible radiation, beyond red light on the electromagnetic spectrum (above 3.5 micro meters), emitted by warm surfaces such as a body at room temperature radiating to a cold window surface.

An assembly of materials designed to reduce heat transfer at the edge of an insulating window. Spacers are placed between the panes of glass in a double- or triple-glazed window.

The part of a sliding glass door, a sliding window, or a hung window where two panels meet and create a weather barrier.

Exterior wood parts covered with extruded aluminum or other metal, with a factory-applied finish to deter the elements.

Crank-operated device for opening and closing casement or jalousie windows.

A major component of a sliding glass door, consisting of a light of glass in a frame installed within the main (or outer) frame of the door. A panel may be sliding or fixed.

A measure of the resistance of a glazing material or fenestration assembly to heat flow. It is the inverse of the U-factor (R = 1/U) and is expressed in units of hr-sq ft-°F/Btu. A high-R-value window has a greater resistance to heat flow and a higher insulating value than one with a low R-value.

The transfer of heat in the form of electromagnetic waves from one separate surface to another. Energy from the sun reaches the earth by radiation, and a person’s body can lose heat to a cold window or skylight surface in a similar way.

By bending light evenly, our windows bathe your room addition with light, without creating a harsh glare.

The percentage of moisture in the air in relationship to the amount of moisture the air could hold at that given temperature. At 100 percent relative humidity, moisture condenses and falls as rain.

The portion of a window that includes the glass and the framing sections directly attached to the glass, not to be confused with the complete frame into which the sash sections are fitted.

Invisible radiation, just beyond red light on the electromagnetic spectrum (between 0.7 and 2.5 microns), emitted by hot surfaces and included in solar radiation.

Single thickness of glass in a window or door.

A window consisting of two sashes of glass, the top one stationary and the bottom movable.

The fraction of solar radiation admitted through a window or skylight, both directly transmitted, and absorbed and subsequently released inward. The solar heat gain coefficient has replaced the shading coefficient as the standard indicator of a window’s shading ability. It is expressed as a number between 0 and 1. The lower a window’s solar heat gain coefficient, the less solar heat it transmits, and the greater its shading ability. SHGC can be expressed in terms of the glass alone or can refer to the entire window assembly.

The intensity variation of sunlight across its spectral range.

The total radiant energy from the sun, including ultraviolet and infrared wave lengths as well as visible light.

Sunrooms get their names from their ability to refract light in such a way as to fill an entire room.

Treated glass that is strengthened by reheating it to just below the melting point and then suddenly cooling it. When shattered, it breaks into small pieces. Approximately five times stronger than standard annealed glass; is required as safety glazing in patio doors, entrance doors, side lights, and other hazardous locations. It cannot be recut after tempering.

Change in dimension of a material as a result of temperature change.

A single- or double-hung window whose operable sash can be tilted into the room for interior washability.

Three panes of glass or plastic with two air spaces between.

A measure of the rate of non-solar heat loss or gain through a material or assembly. It is expressed in units of Btu/hr-sq ft-°F (W/sq m-°C). Values are normally given for NFRC/ASHRAE winter conditions of 0° F (18° C) outdoor temperature, 70° F (21° C) indoor temperature, 15 mph wind, and no solar load. The U-factor may be expressed for the glass alone or the entire window, which includes the effect of the frame and the spacer materials. The lower the U-factor, the greater a window’s resistance to heat flow and the better its insulating value.

The invisible rays of the spectrum that are outside of the visible spectrum at its short-wavelength violet end. Ultraviolet rays are found in everyday sunlight and can cause fading of paint finishes, carpets, and fabrics.

A window with exterior wood parts covered with extruded vinyl.

The portion of the electromagnetic spectrum that produces light that can be seen. Wavelengths range from 380 to 720 nanometers.

The percentage or fraction of the visible spectrum (380 to 720 nanometers) weighted by the sensitivity of the eye, that is transmitted through the glazing. 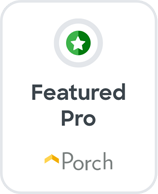 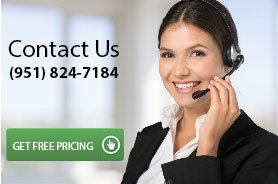 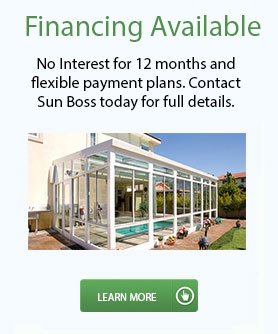 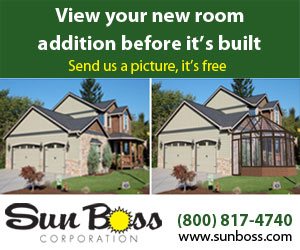